As a proud member of Rave Reviews Book Club, I have the opportunity to introduce you to an amazing author today! Tamie Dearen is not only someone I admire for her writing, but also for her character. If you are here as a fan or friend of mine, please be sure to check out Tamie’s links at the bottom of the post. If you are here because you are a fan or friend of Tamie, well…you already know how special she is! I hope everyone will leave a quick hello in the comments, so Tamie and I know you were here.

And if this is your first time stopping by the blog, thanks for coming! Please take a look around. I’d love it if you’d Follow the page! This WordPress site features content from the Abigail Phelps Series website, the Bethany Turner Author website, and occasionally my daily spiritual journey blog, The Year of Blogging Faithfully.

Okay, that’s all of the housekeeping out of the way… Let’s get to the good stuff! Ladies and gentlemen, Tamie Dearen! 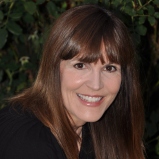 Hi! I’m Tamie Dearen—wife, mother, grandmother, dentist, Jesus-lover, musician, composer, and author (as of 2013). I’ve published four books and a novella in The Best Girls Series, and one Young Adult Fantasy, Alora: The Wander-Jewel. As a relatively new author, I’ve found Rave Reviews Book Club to be a great resource for information and a wonderful place for mutual support.

This is an excerpt from Alora.
Alora—The Wander-Jewel (Book One of the Alora Series)

Alora fought the urge to beat on the tile wall. He’d disappeared again. Who was this boy she kept seeing? Why did he only appear when she was in the shower? He seemed so real, and she could have sworn he looked as confused as she felt. As if he was trying to figure out who she was, as well. Was he just a figment of her imagination? His eyes were so unusual. They were green. Not an ordinary green, but a deep, intense jade, the color of her aunt’s emerald ring. He was really cute, although he wore his wavy brown hair a little long for her taste. Yet she could only see his head—never his clothes or the background. Today he’d tied his hair back in a ponytail. Surely it meant something that his hair was different than she remembered. Wouldn’t a figment of her imagination have his hair the same every time?
She peeked around the shower curtain at the clock on the bathroom counter. It was five a.m. on a Saturday. She had chores to do, feeding the horses and letting the chickens out. But it was winter, so she had plenty of time to spare before the rising sun tolled the beginning of her responsibilities. Living on a ranch in the backcountry of Montana meant cold winters, lots of work, and little time for leisure, but it was the only life she’d ever known. She’d lived alone with her Uncle Charles since her Aunt Lena had passed away the prior year.
But right now, she wanted another stab at seeing that boy. The image was always so fuzzy. If only she could open her eyes without him disappearing. She couldn’t summon his visage at will. He didn’t come every time she closed her eyes in the shower; it seemed to happen when she was relaxing and letting the water beat down on her head and shoulders. Maybe, if she were soaking in the tub…
She pushed the curtain back, put in the stopper, and started filling the tub. As an afterthought, she decided to add bubble bath. She never took the time to enjoy a tub bath. Why not pamper herself with a nice long soak in hot water with fragrant suds? Soon the tub was full and the aromatic bubbles were floating to the top. She eased slowly into the soothing water, closing her eyes at the blissful caress of the heat on her tight muscles. And she began to wait. Anticipating. Would he come? Still, she waited. Soon the relaxing warmth seeped into her skin, lulling her to sleep.
When she awoke with a start, the water was almost cold. Disappointment formed a knot in her stomach—he’d never appeared. She released some water down the drain and added hot water, swirling it around until the temperature was comfortable again. It was only five thirty, allowing enough time for her to relax for five more minutes before she started her day. She lay back down, sinking below the water with her eyes closed, swishing the fresh water over her skin to remove the bubble bath film, her face floating above the surface to breathe.
Abruptly, he appeared again. She held her breath, clamping her eyes shut tight, trying to hold the image as long as possible. Though the apparition was still slightly blurry, she could see all of him, head to toe. She studied him closely. She almost clapped her hands when her mental measurement estimated his height at over six feet. At five feet ten, she was taller than most boys her age. But she scolded herself for examining him as if he were a potential boyfriend. He wasn’t even real. His clothes were made of supple-looking brown leather. The attire was odd—held together with ties rather than buttons or zippers. The fit was close enough that his well-formed muscles were evident. She noted his long hair was tied back, as it had been earlier. She could only see the front of him as he stood frozen, stock-still, with his mouth agape, his jewel-green eyes wide and . . . moving. His eyes were moving, up and down, as if he were scanning her body as she had done. Suddenly, it occurred to her that if she could see all of him, he might be able to see all of her.
Quickly, she opened her eyes to dispense with the specter, but his image remained—now sharp and clear. And he seemed to be standing in her bathroom. She cowered under the water, attempting to hide under the few remaining bubbles. His eyes dropped down to the jewel in her navel, and as they widened, he whispered, “Wendelle?”
Alora sat up and screamed at the top of her lungs, lunging for her towel on the floor. Hastily covering herself and preparing to leap from the tub, she looked up, only to discover the vision was gone—if indeed it had been a vision.